The most controversial animated comedy series ever made stars Matt Lucas, Bob Mortimer, Ruby Wax, Jerry Hall and Mackenzie Crook. Popetown is based the side-splittingly surreal world of the Vatican where the long suffering and good-hearted Father Nicholas struggles to walk the narrow path of righteousness, whilst surrounded by money grabbing cardinals and a pogo-stick-riding infantile pope.

The show was banned by the BBC, but has been successful in Germany, Italy, France, Australia and New Zealand. 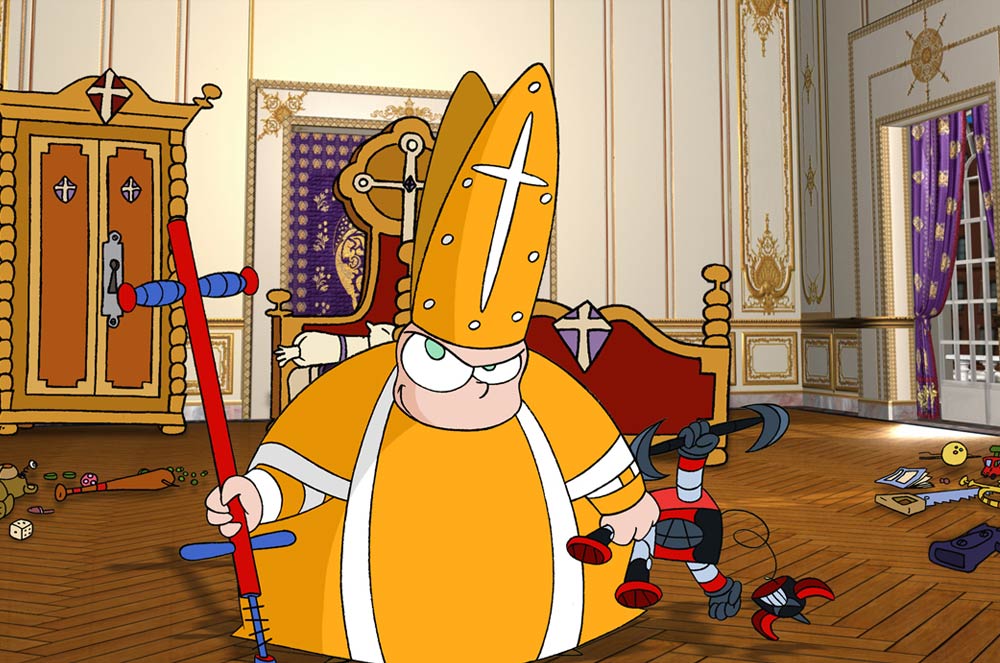