Special festive one off of the award-winning panel quiz show, hosted by Vic Reeves and Bob Mortimer, with support from Matt Lucas as scorer George Dawes, Ulrika Jonsson and Mark Lamarr. Shooting Stars was a twist on the traditional panel show, with features such as The Dove From Above, leg rubbing, bizarre film clips and UVAVU! 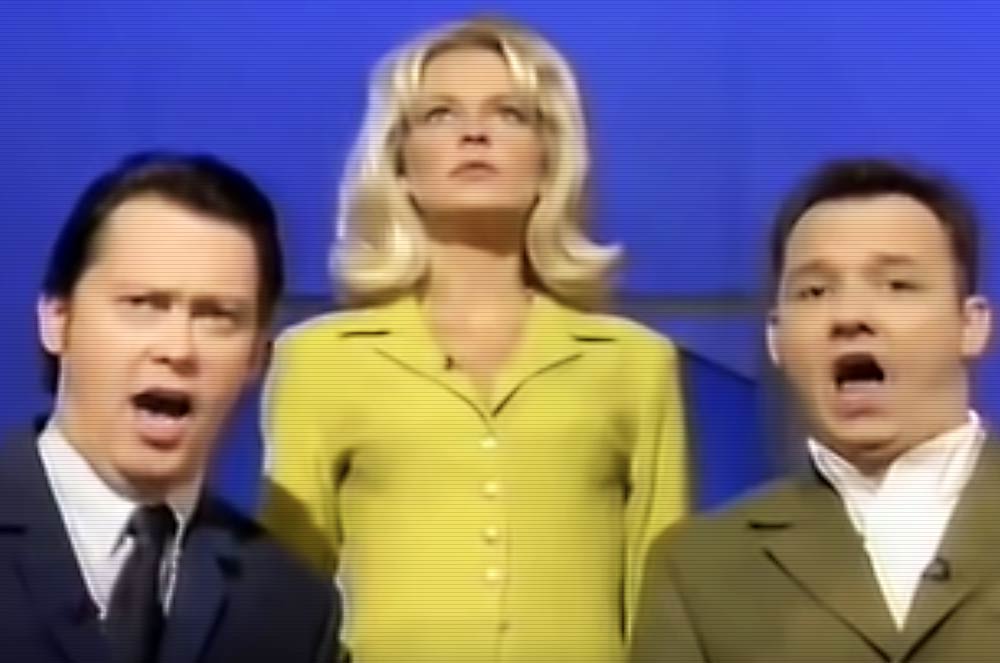