The Smell of Reeves & Mortimer

Switching from C4 to BBC2, Vic and Bob continued to mix anarchy and surrealism, much as before, delighting their loyal following. The studio-set featured the huge letters ‘R’ and ‘M’ and various columns, and once again there was a desk, from which the pair launched many of the skits. This series introduced new characters, including the bra-wearing men Pat Wright and Dave Arrowsmith; awful folk duo Mulligan and O’Hare; flatulent farceurs the Petomanes; and the Max Wall-ish Uncle Peter, played by Charlie Chuck. Among the many other highlights were occasional visits with Slade, the 1970s glam-rock group, brilliantly imitated by Reeves, Mortimer, Paul Whitehouse and Mark Williams. It is regarded by many as the pinnacle of their TV work to date. 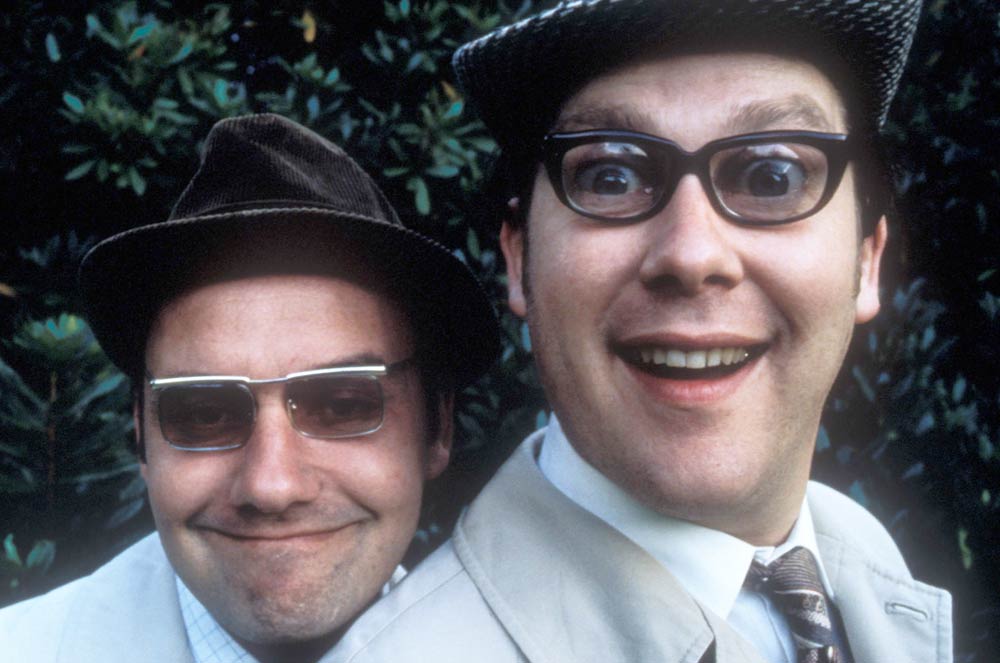