Vic Reeves and Bob Mortimer’s first series on TV was a refreshingly different and thoroughly original combination of surrealism and an obsession with the ridiculousness of outdated television variety shows, with the dapper host presiding over a procession of acts who could best be described as incompetently eccentric. Acts such as Graeme Lister, The Man With The Stick, Novelty Island, Talc and Turnips and Donald and Davy Stott are remembered to this day and have influenced many others who have followed in their comedy footsteps. 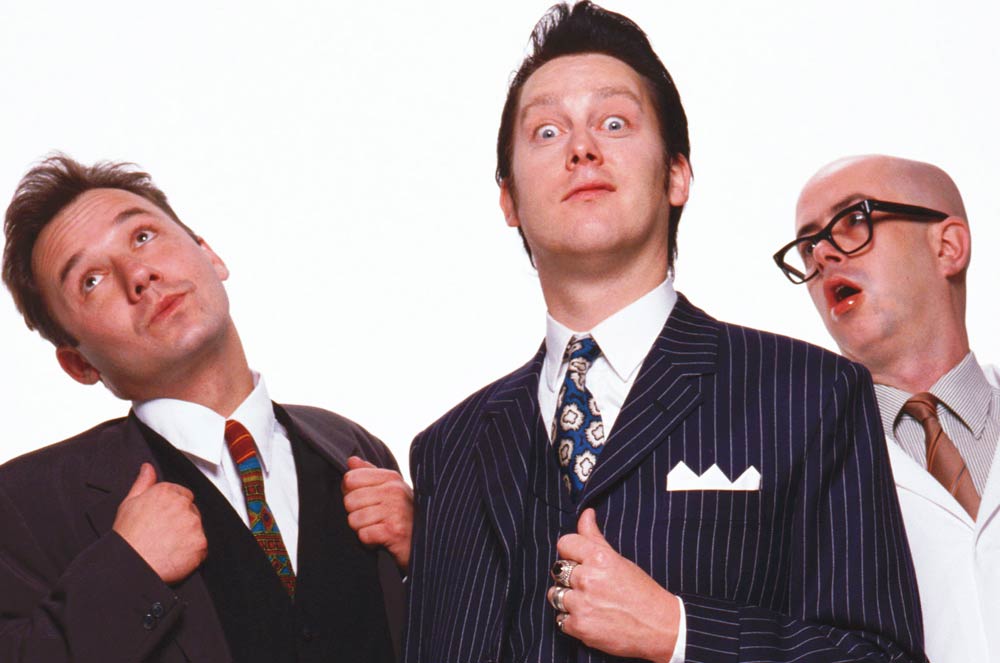