This series of taxi bases sketches were written by Jason Wingard and David Isaac with Jason directing.  They featured Peter Slater and Irfan Nazir as Manchester cabbies who were joined by a range of guest passengers including Johnny Vegas, John Henshaw, Paula Wilcox and Seymour Mace.

This clip includes some swearing… 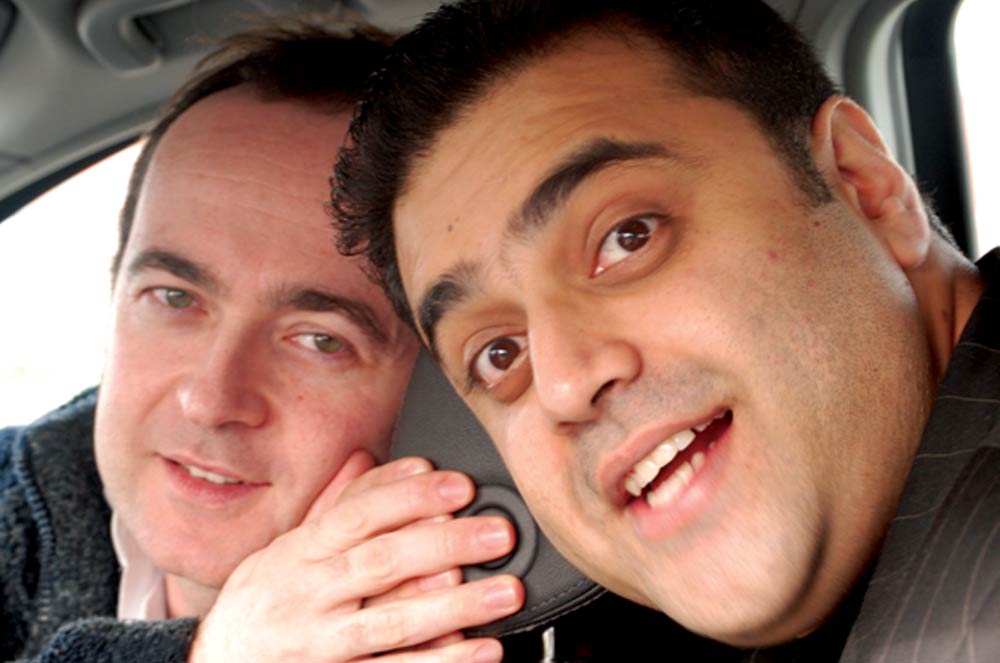